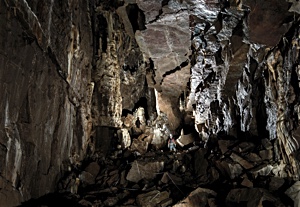 Reservoir Hole is an unusual and spectacular cave. Its present extent is the result of ingenious and often difficult excavation, during which great care was taken to preserve the cave and its many fine formations.

The cave has a sporting character, and is memorable for vertical progress through excavated boulder chokes, some very impressive fault-aligned rifts and The Frozen Deep, the largest chamber by floor area in the United Kingdom. It contains a small stream which feeds Cheddar Risings, less than 1.5km away down the gorge and only a few metres below the lowest point in the cave. Upstream Sump 3 in Gough's Cave cannot be far from The Frozen Deep. 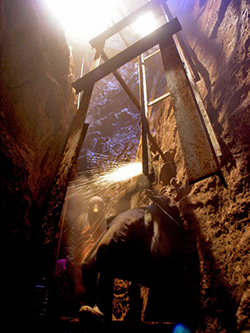